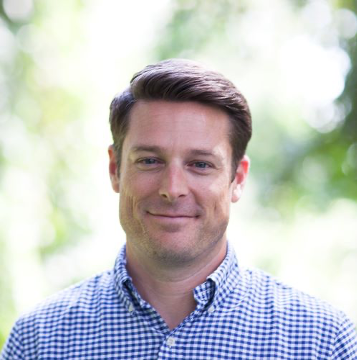 Rev. Matt Ryman was born in the western suburbs of Minneapolis. He has lived other places, but the Twin Cities have always felt like home. And now, much to Matt’s delight, the Lord has called him to serve as the Pastor / Church Planter of Trinity Church. He and his family moved here from Florida in the summer of 2021; and he's very excited to see what the Lord does.

Matt has been in pastoral ministry for 16 years. He earned a Master of Divinity degree in 2009 from Reformed Theological Seminary in Orlando. He was ordained in the Presbyterian Church in America (PCA) in 2010. He has served as a ministry director, assistant pastor, associate pastor, and senior pastor. And he is currently working on his Doctor of Ministry degree.

Matt has been married to Hana for 17 years. They have four great kids and one loyal dog. The Ryman family is very excited about the future of Trinity Church; and they hope you’ll be a part of it!

Trinity Church Wayzata (TCW) has been a church in the making since 2017. A handful of faithful Christian families have been laboring since then to start a gospel-centered, Reformed, City-facing church in the western suburbs of Minneapolis. In June of 2021, TCW called Rev. Matt Ryman to be their church planter & pastor. He and his family moved over the summer and he began working in September.

Currently, TCW is hosting interest meetings and networking with people in the area in order to identify and recruit faithful Christians to join the Launch Team (LT). TCW does not have a mother church (we are what's called a "scratch plant") so this process will likely take several months. Once TCW has its LT in place, we will begin planning and preparing to launch public worship services.

TCW began public worship on October 9, 2022. We will also began our various ministries (children's, youth, women's, men's, and mercy ministries). Hopefully, the Lord will enable us to reach numerous unchurched and de-churched people in the western suburbs and introduce them to the fulfillment and purpose of a grace & faith based relationship with Christ.

Once TCW is holding public worship and welcoming new members, we will focus primarily on church health. We want TCW to be a place where newcomers feel welcome and wanted, where church members experience genuine community and spiritual growth, and where church members are equipped and encouraged to use their God-given gifts and talents to be salt and light in our city.

If, in God's providence, TCW reaches a lot of people in the western suburbs of Minneapolis, we intend to send out Launch Teams to plant more Gospel-centered, Reformed, City-facing churches in the Twin Cities.